Donors include individuals and businesses who wish to contribute to an array of non-profit organizations serving Nelson County humanitarian needs. Donations replenish NCCF coffers, under the charter of the non-profit Charlottesville Area Community Foundation, to fund approximately 14 grants per year totaling more than $100,000. Nelson County residents are truly grateful for donors’ support.

Take a look at what some of our donors have to say: 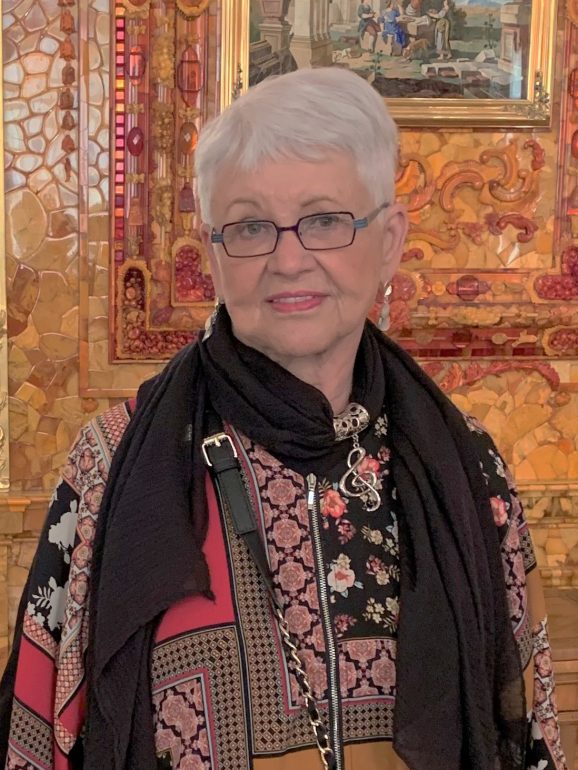 NCCF board member Donna McCurdy recently met with long-time Nelson County Community Fund supporter and former NCCF co-chair Ika Joiner. Well known as someone who is very persuasive in convincing others to support organizations with missions she is passionate about, Ika was an outstanding fundraiser for the Community Fund.

What first brought you to Nelson County? Why did you and your husband Dale decide to relocate here from Northern Virginia?
Dale had a home on Wintergreen mountain, and when he first brought me to see it in early 2003, I absolutely fell in love with the natural beauty of the mountains and countryside. The Wintergreen music festival was an added bonus: Dale and I first met in the 1970’s, both members of a choral group in Northern Virginia, so music has always been an important part of our lives. We bought a home in Stoney Creek in 2006, and have happily lived here in Nelson County since then.

How did you become involved with the Nelson County Community Fund?
Dale and I first became very active with Wintergreen Performing Arts and the music festival. As part of the fundraising efforts for that organization, I was chair of the 2010 WPA Viennese Ball at Veritas. Through that event, I came to know Veritas founders Andrew and Patricia Hodson, as well as many others who were strong supporters of the Community Fund. Once I became aware of NCCF’s mission, I knew I wanted to get involved to help support this amazing organization and its charitable work. I became a member of the NCCF advisory committee and was co-chair of both the 2013 and 2014 Opportunity Balls, and then co-chair of the organization from 2014-2017. In 2017, I was chair of NCCF’s Viennese Opportunity Ball at Veritas.

Why did you settle on the theme of a Viennese ball?
I was born in Austria and so love all things Viennese. And, of course, Vienna was the birthplace of many wonderful classical music composers–the idea of a Viennese ball was irresistible!

What do you see as some of the biggest challenges facing Nelson County residents?
In my mind, support for education is of vital importance, including college scholarships to Nelson County High School seniors, who often are the first in their families to attend college. In addition, helping Nelson families in need of basic support services is critically important, so that they can create a stable and supportive home life for their children as well as enable students to continue their education.

Most people who know you well describe you as a force of nature, someone who is very persuasive in convincing others to support organizations with missions that you are passionate about. What do you think NCCF should do differently or more effectively to support its mission?
I have always believed in the importance of bringing donors and grantees together whenever possible, so that donors see first-hand the support their charitable dollars are providing. This often results in greater understanding and commitment by the donor community. NCCF has always done a fine job of this with its donor receptions and should continue to do this. And it’s always more effective when it’s fun too!
Also, it’s vitally important the NCCF board is diversified to reflect the community it supports.

Thank you for the more than seven years you spent working directly with the Community Fund and the tremendous support you and Dale continue to give to the organization. What are you most proud of in terms of what the Nelson County Community Fund has been able to achieve?
I am so proud of the message we have been able to spread to the residents of Nelson County and the funds we have been able to raise from the many generous donors in the county. I am especially proud of the success of the several fundraisers with which I was personally involved, as well as the grant-making to so many worthy organizations in the county. It’s been an honor to work with the Community Fund!

Click this link to read other interviews with founders and other key donors to the NCCF.

Join the hundreds of your neighbors who are supporting the Nelson County Community Fund. Click here to go to our Donate page.

NCCF Receives Proceeds from the Be Thankful 5 K – 2019

Thanks to the support from Wintergreen Resort and Bold Rock cidery, NCCF was able to turn fun and exercise over the 2019 Thanksgiving weekend into more funds for grants. On hand to present a check from the annual “Be Thankful 5K” were Alex Osterhoudt (Bold Rock), Neil Ripani (Wintergreen Resort), Art Thorn (NCCF), Lindsay Dorrier III (Bold Rock), Peggy Whitehead (NCCF), and Peter Agelasto III (Rockfish Valley Foundation, which also received a portion of the race proceeds). 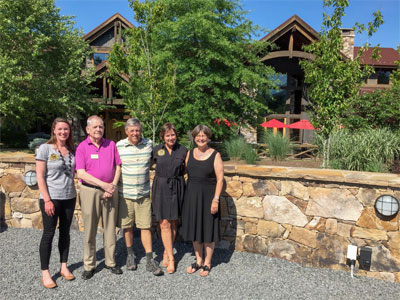 To read the article in the Nelson County Times, click here:
Community fund benefits hundreds of Nelson residents
– by Emily Brown
– May 23, 2017
– Devils Backbone Donates to NCCF in 2017

Please get in touch with us if you are interested in learning more about the Nelson County Community Fund. We also welcome your questions, comments, and suggestions.